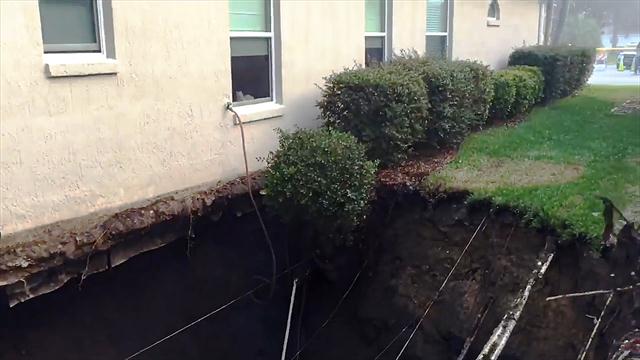 Frank Neumann got quite a shock around 1 a.m. on Thursday when he heard a sinkhole open up at his retirement community in central Florida. A few hours later, around 3 a.m., police knocked on Neumann’s door and told him he had to leave.

“I heard some noise,” Neumann tells WCJB. “I thought it was thunder. Evidently that was the ground crashing in on the sinkhole.”

Five other sinkholes have opened up in the area. In addition to Neumann’s home, one other house has been condemned and two have been evacuated.

But how do sinkholes form? Why does Florida get so many of them? And what’s with the nearby lake draining like a bathtub? Those questions explained below: