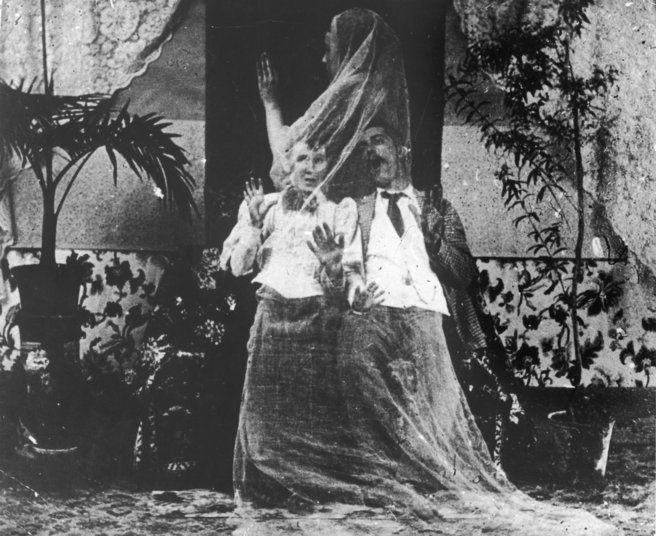 The mythologist Joseph Campbell once wrote that Buddhists don’t dream of Christ. His point is simple: if your identity is bound up in a certain set of beliefs, you’re likely not going to be unconsciously invaded by a different figure from another set, especially if you’ve never had contact with that system.

Campbell jotted down this idea this well before the Internet, when people of various religions had much less access to different religious systems. Buddhists were much more likely to envision a Bo tree over a crucifix any night.

But do Buddhists see Christian ghosts? The concept of ghosts is universal. In Buddhism, there are even categories of ghosts. Hungry ghosts are beings driven by intense emotional desires, while ghosts as we generally know them in America—apparitions of the deceased—also exist. Taoist hungry ghosts emerge from the ether if their meat casing of a human body died violently or unhappily. In Christianity, the holy spirit is a ghost, but ancestors are ghostly too.

Though ghosts are a global phenomenon—there is evidence humans are hardwired to “see” them—Knox College psychology professor Frank T. McAndrew writes that whatever god you worship influences the type of ghost you see. Like Campbell, he recognizes prior belief influences what your eyes behold.

First McAndrew surveys basic assumptions about the spirit world. Protestants, Catholics, and Muslims, he writes, share a belief in resurrection and judgment, which eventually ends up in a heavenly realm or a hellish domain; Catholics throw in purgatory for good measure. Buddhist and Hindus, while varying slightly depending on region, put stock in reincarnation, which requires a certain waiting period in which the soul might just happen to haunt the living—their own private purgatory.