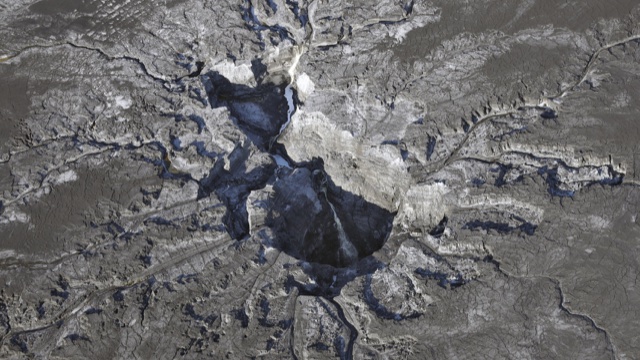 Last month, the sinkhole opened up at the plant under a gypsum stack — a pile of hazardous waste — as the Tampa Bay Times reported:

It drained millions of gallons of acidic water laced with sulfate and sodium from a pool atop a 120-food gypsum stack. An unknown amount of gypsum, a fertilizer byproduct with low levels of radiation, also fell into the sinkhole, which is believed [to] be at least 300 feet deep.

More recently, Mosaic executives have said the sinkhole could be much deeper than that, as the Times reported. The newspaper released this video showing an aerial view of the site: