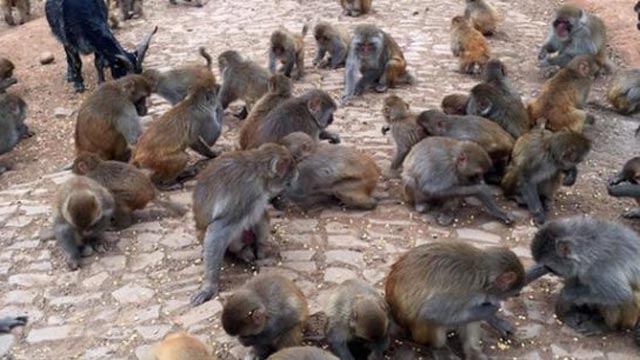 Here’s your feel-good story of the week … maybe. Police in India were able to rescue a young girl who had been spotted living in a forest with a troop of monkeys. It took a number of attempts to catch her because the monkeys protected the young girl. Now that she’s had a chance to see what’s going on with humans, will she call the monkeys to rescue her again? 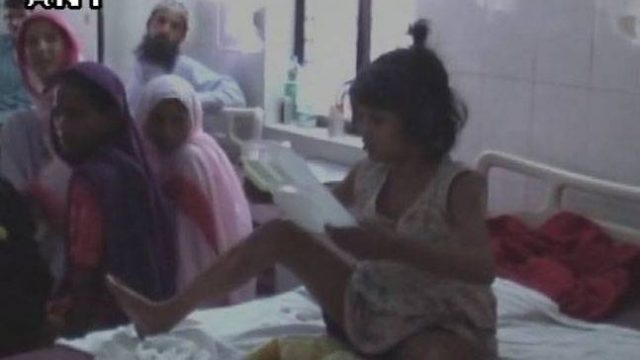 They said the girl was naked and was very comfortable in the company of monkeys.

According to reports, officer Dinesh Tripathi said police were called by a group of woodcutters who first saw the girl in February running with the monkeys in the Katarniyaghat Forest and Wildlife Sanctuary in the Motipur range of Uttar Pradesh in northern India near the city of Lucknow. Sub-inspector Suresh Yadav reported the girl was naked and screeched at him like the monkeys when he tried to capture her. The monkeys attacked him while he chased her and attacked his car when he finally caught her and drove away.

The girl was taken to a government-run hospital in Bahraich where doctors estimated she was between 8 and 12 years old. Examining her was difficult because she was aggressive, ran around on her arms and legs, ate food off of the floor with just her mouth and made repeated escape attempts. D.K. Singh, the chief medical superintendent, says she’s now healthy, walking upright and eating with her hands.

She is still not able to speak, but understands whatever you tell her and even smiles.

Psychologists who examined her say this indicates she probably was initially raised by or had contact with humans before moving in with the monkeys, but they haven’t been able to determine how long she was in the wild or her actual age since police still haven’t identified her or located her family. The doctors have named her Durga, after the Hindu warrior goddess of destruction.