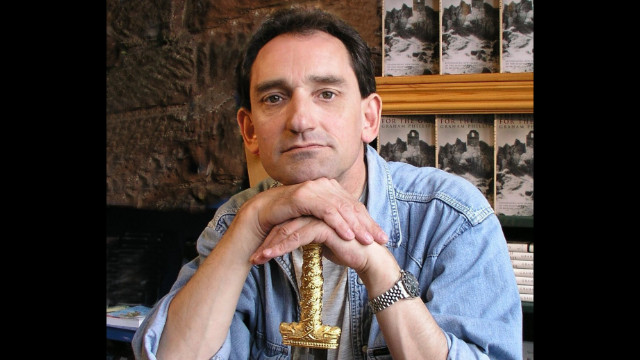 During the time of The Enfield Haunting and The Amityville Horror, Graham Phillips is back to discuss, The Green Stone a true story of the supernatural that surpasses them both. It is a true story that is much more disturbing, with many more inexplicable events, and phenomena witnessed by far more people.

Graham Phillips is a British non-fiction author who has investigated historical mysteries since the 1980s. He has investigated such enigmas as King Arthur, Robin Hood, and the death of Alexander the Great, as well as researched various biblical conundrums such as the Holy Grail and the Ark of the Covenant. Phillips has written fifteen published books on these subjects and has appeared in many broadcast documentaries over the years. He lives in England where he works full-time as what he describes as an “historical detective.”