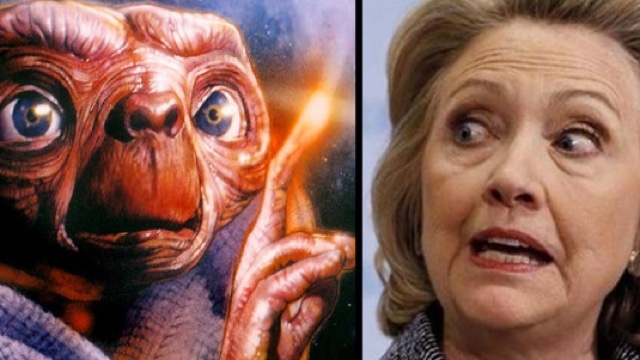 The latest rounds of DNC leaks have had a complicated impact both on the political climate within the U.S. and on diplomatic relations with Russia, whom the Obama administration has blamed for sponsoring the hackers. However, a number of bizarre emails have surfaced that might hint at a conflict far greater in scope than any petty squabble, one with surprising links between the Clinton campaign and extraterrestrial life forms. Yes, aliens.

At center stage in the unfolding sci-fi drama is John Podesta, the Chairman of Hillary Clinton’s 2016 presidential campaign machine and former Chief of Staff to Bill Clinton. As something of a pet project parallel to his political duties, Podesta has become the de facto advocate on behalf of all tinfoil hat-wearing people out there who believe that the government is hiding what it knows about aliens.

“I think I’ve convinced [Hillary] that we need an effort to kind of go look at that and declassify as much as we can, so that people have their legitimate questions answered,” Podesta told KLAS back in March. “More attention and more discussion about unexplained aerial phenomena can happen without people — who are in public life, who are serious about this — being ridiculed.”

Despite Podesta’s impressive credentials and his unquestionable access to sensitive information, many have been quick to lambast him for getting swept up in a so-called conspiracy theory.

“I come in for my fair share of people raising questions about whether I’m off my rocker, but I’ve been a longtime advocate of declassification of records,” Podesta lamented. “People really want to know what the government knows.”