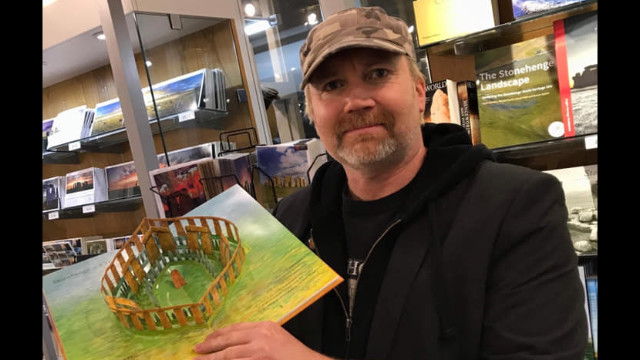 Researcher Hugh Newman explores the science and history of Giants, Megalithic Stuctures and how they are related to the Earth Grids.

BIO:
Hugh Newman is a world explorer, megalithomaniac and author of Earth Grids: The Secret Pattern of Gaia’s Sacred Sites (2008); co-author of Giants On Record: America’s Hidden History, Secrets in the Mounds and the Smithsonian Files with Jim Vieira (2015), Stone Circles (2017), and contributed to Megalith: Studies In Stone (2018). He is published in three ‘Ancient Origins’ e-books. He has been a regular guest on History Channel’s Ancient Aliens and Search for the Lost Giants and has been on the BBC, Sky TV, Bosnian TV and numerous TV shows. He is a video producer who publishes regular films of his worldwide explorations at www.youtube.com/MegalithomaniaUK. He has articles published in Atlantis Rising (US), New Dawn (Australia), Nexus (UK/AUS), Kindred Spirit (UK), The Heretic (UK), World Explorers Magazine (US), The Circular (UK), The Leyhunter (UK) and on websites such as www.ancient-origins.net and www.grahamhancock.com. As well as organising the annual Megalithomania conferences and international tours, he co-organises the Origins Conference in London with Andrew Collins. He currently lives in Wiltshire, England.