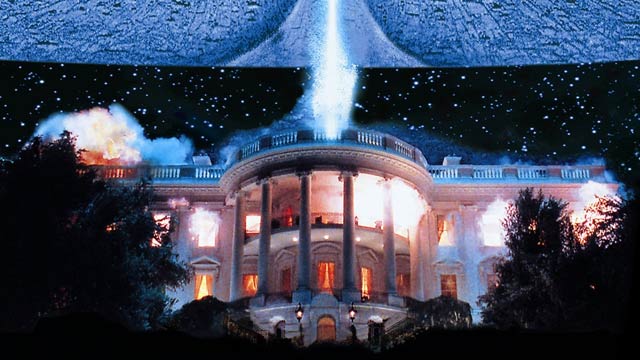 Disaster movies are one and the same—we’re all just watching them to see the world come under attack and famous landmarks get destroyed. “Oh my god, did they just do that to the Golden Gate Bridge?” “Not the Sydney Opera House!” But there’s one disaster movie that’s better than them all: Independence Day.

Lessons from the Screenplay analyzes why it’s so great by taking a look at the writing, with a focus on three big reasons: the film has an epic antagonist; it made the action (and destruction) about the characters; and it’s also “mean” to the characters. It’s simple. The alien ships were so huge and intimidating that they dwarfed the Earth by just casting a shadow. Plus, the aliens themselves weren’t even seen until much later, so the movie had time to develop its characters and time to make them more interesting by actually making them suffer and struggle and die. All those stakes added up to so much more than your usual disaster flick.