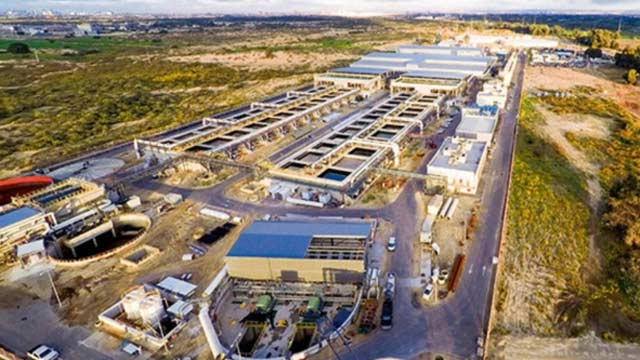 July 19, 2016 — Ten miles south of Tel Aviv, I stand on a catwalk over two concrete reservoirs the size of football fields and watch water pour into them from a massive pipe emerging from the sand. The pipe is so large I could walk through it standing upright, were it not full of Mediterranean seawater pumped from an intake a mile offshore.

“Now, that’s a pump!” Edo Bar-Zeev shouts to me over the din of the motors, grinning with undisguised awe at the scene before us. The reservoirs beneath us contain several feet of sand through which the seawater filters before making its way to a vast metal hangar, where it is transformed into enough drinking water to supply 1.5 million people.

We are standing above the new Sorek desalination plant, the largest reverse-osmosis desal facility in the world, and we are staring at Israel’s salvation. Just a few years ago, in the depths of its worst drought in at least 900 years, Israel was running out of water. Now it has a surplus. That remarkable turnaround was accomplished through national campaigns to conserve and reuse Israel’s meager water resources, but the biggest impact came from a new wave of desalination plants.