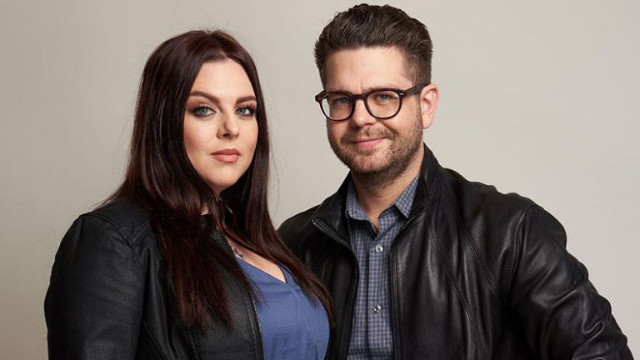 Jack Osbourne and Paranormal Researcher Katrina Weidman team up in the new Travel Channel series, “Portals to Hell” as they seek to uncover what lies within the notorious haunted locations.

Jack Osbourne is the president of Osbourne Media and is best known for MTV’s reality show “The Osbournes,” SyFy’s “Haunted Highway,” and A+E Network’s “Ozzy & Jack’s World Detour.” Osbourne has not only starred in multiple series but also developed and produced original unscripted content, including NatGeo’s Wild’s “Alpha Dogs” and “Surviving the Apocalypse,” along with various pilots and development projects for Bravo, CBS, A&E, MTV, WeTV and Style. Osbourne is also an adventurer and paranormal investigator who has documented harrowing face-to-face encounters with the unexplainable in some of America’s darkest and most remote regions. Most recently, he was featured on UK’s live “Celebrity Haunted Mansion” alongside “Ghost Hunters” star Jason Hawes.

Katrina Weidman is a paranormal researcher and investigator, host and producer. She rose to national recognition in her role on A+E’s “Paranormal State,” working on hundreds of cases of unexplained supernatural phenomena and interviewing thousands of witnesses alongside world-renowned paranormal researchers. Weidman also served as co-host and producer of “Paranormal Lockdown” on TLC and Destination America, as well as Chiller’s “Real Fear: The Truth Behind the Movies” (2012) and “The Truth Behind More Movies” (2013). She frequently gives talks and lectures at paranormal conferences and conventions around the world.