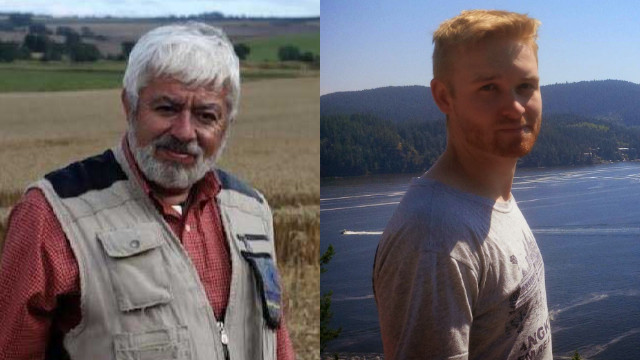 Jaime Maussan, a famous Mexican journalist and Darcy Weir, Director once again return to tell the whole story about some incredible cases of possible E.T visitations caught on camera throughout history.

Jaime Maussan is an opinion leader in Mexico and Latin America. He was recognized at the Capitol, in Washington D.C for his achievements as an international journalist. He received the United Nations Global 500 Award, The Ondas Award for Journalists in Spain, and Three times the National Prize of Journalism in Mexico. He has worked 47 Years in Television as Investigative Journalist. He started his career working for 60 minutes in Mexico and Since 1997, he has lead and directed Tercer Milenio broadcasted on Mexican TV at a national level on open television. He has become famous for being a journalist of greater Influence in the Investigation of the Extraterrestrial Theme in the Spanish-speaking world. He has been presented in all countries where Conferences are held on the subject. In Mexico he has made around 1000 Conferences on the subject between 1995 and 2015, covering all the UFO scenarios where he has been presented.

He has coordinated the Investigation of the Tridáctilos beings in Peru. Currently, he is presenting Third Millennium News from Monday to Friday at 10 pm on National TV. This news has imposed Audience records for the channel a+ “a mas” on several occasions. Tercer Milenio continues to be presented every Sunday on Prime Time, after 22 years of uninterrupted transmission on Mexican TV. His latest documentary project with Darcy Weir is the Beyond The Spectrum series being streamed internationally.

Darcy Weir is a young filmmaker who has been making a series of documentaries that focus on the UFOs, Secret Space, Underground Bases like Area 51 and Phil Schneider’s Dulce New Mexico testimonials and Bigfoot. His documentaries take an on analysis from a theoretical perspective, showing historical references and facts the surround each mystery. His new documentary series called Beyond The Spectrum can be found on Amazon Prime, TubiTv and many other streaming platforms to view. The latest documentary called Beyond The Spectrum – Maussan’s UFO Files profiles how Jaime Maussan started his career in investigative journalism and how he eventually started covering some of the most famous UFO events in Latin America.

Mysterious ‘blob’ that caused WH lockdown may have been birds