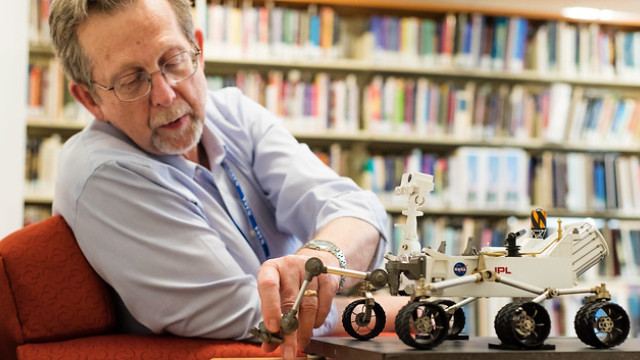 Dr. Jim Green will discuss how life may be distributed in the Solar System with a closer look on the location of our own planet and consideration of the age of our Sun. He will also take a look back as we approach the 50th Anniversary, (July 20, 2019) of the Apollo 11 mission to the Moon and talk about the plan to “return” to the Moon.

Dr. James (Jim) Green is NASA’s chief scientist. He received his Ph.D. in physics from the University of Iowa in 1979. He worked at NASA’s Marshall Space Flight Center (MSFC) in the Solar System Division. In addition, he was also a safety diver in the Neutral Buoyancy Simulator supporting NASA’s crewed spaceflight program, making more than 150 dives. In 1985, Jim transferred to Goddard Space Flight Center (GSFC) and was the deputy project scientist on the Imager for Magnetopause-to-Aurora Global Exploration (IMAGE) mission and the global geospace science missions WIND and POLAR.

Most recently, Jim was the director of the Planetary Science Division at NASA Headquarters. Under his leadership several missions have been successfully executed, including the New Horizons spacecraft flyby of Pluto, the MESSENGER spacecraft to Mercury, the Juno spacecraft to Jupiter, the Grail A and B spacecraft to the Moon, the Dawn spacecraft to Vesta and Ceres, and the landing of the Curiosity rover on Mars.