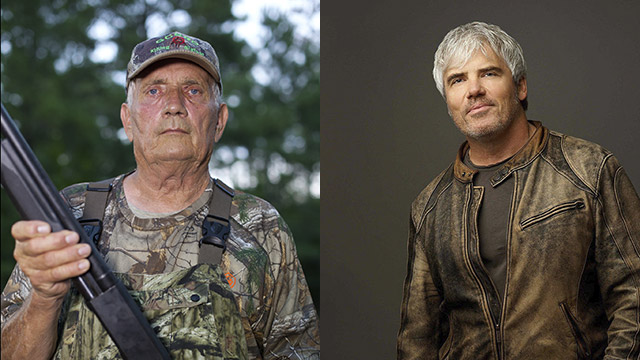 Jim has been hunting Bigfoot for the last 20 years and is one of the co-founders of the GCBRO, where he is the Alpha Dog of the pack. His experience as a soldier in Vietnam has left him with a sense of discipline and authority. He keeps the team members in line and maintains a strict code of gun safety on all hunts. Jim is head of investigations and has spent months on end in the back woods of Louisiana and Texas. He first encountered Bigfoot at one of his deer feeders and witnessed it take off on all fours. That was the moment he answered the call to hunt Bigfoot. Ten years ago, he claims to have wounded a monster, tracked it down and took blood samples that could connect it to the Great Ape family, but the scientific community demands a body for ultimate proof. Jim’s son, Jake, is also a member of GCBRO.

KILLING BIGFOOT director Peter von Puttkamer is an award-winning Television and Independent documentary filmmaker with special interest in wildlife, travel, adventure, Cryptozoology and environmental issues, as well as Native American and First Nations and indigenous peoples worldwide. He has executive produced, written, directed dozens of international award-winning series and specials worldwide over the last 30 years with his production company, Gryphon Productions Ltd. (operated with his wife/producing partner Sheera von Puttkamer). Peter’s fascination with indigenous peoples, anthropology, archaeology, mythology, music and wildlife has led to unique and imaginative projects around the world. Whether working on heart-felt personal stories, socio-political issues or broad adventure-based entertainment documentaries, filmmaking for von Puttkamer has always been a blend of mind, body and spirit.