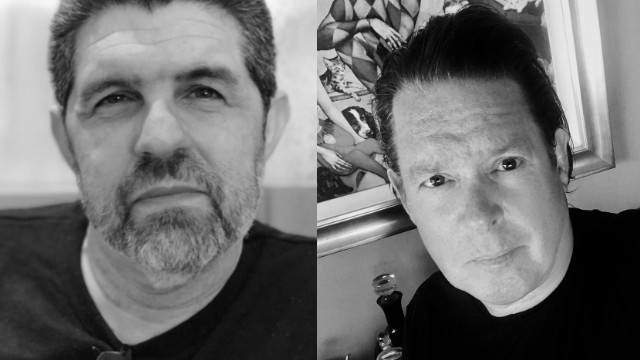 The world is fascinated with the LIVES of celebrities and even more fascinated by their deaths. Tonight we discuss some of the most unusual and bizarre deaths of celebrities while they were in the midst of performing. Tune in and turn up the volume of weird tonight as we face death together in the most peculiar of circumstances.

Jeff Abraham is one of Hollywood’s foremost comedy historians and the go-to pop culture expert for television producers, documentary directors and authors. As senior account executive at Jonas Public Relations, he’s gained a reputation for representing some of the top names in comedy, including Andrew Dice Clay, Steve Harvey, George Lopez, Bill Maher and, for the last eleven years of his life, George Carlin. Not limiting his work to comedians, Jeff has a varied clientele that includes many actors, actresses and authors, for whom he’s created countless successful book launch and promotion campaigns. The owner and curator of the largest comedy album archives in Hollywood, he’s been called upon as research consultant to countless authors and numerous film documentaries and television specials including Make ‘Em Laugh for PBS; Comedy Central’s 100 Greatest Stand-Ups of All Time; Let Me In, I Hear Laughter: A Salute To Friar’s Club on Cinemax; and the acclaimed Encore film, Method to the Madness of Jerry Lewis. Jeff has conducted interviews for The Archive of American Television, worked closely with The Paley Center for Media, and is on the board of The National Comedy Center. He’s also author of the upcoming authorized biography of The Ritz Brothers.

Burt Kearns is an award-winning television and motion picture producer, director, writer, journalist — and author of the controversial book, Tabloid Baby, which detailed his role in the development of the tabloid television genre. A former Emmy-winning New York City television newswriter and producer, he moved on to Hollywood to write and produce dozens of nonfiction television series, including Conspiracy Theory with Jesse Ventura, Guinness World Records Unleashed, All The Presidents’ Movies with Martin Sheen and The Secret History of Rock ‘n’ Roll with Gene Simmons. In 2016, he wrote and produced five one-hour documentary specials for the Reelz network, including El Chapo & Sean Penn: Bungle In the Jungle, three projects in collaboration with Time Inc., and Kardashian: The Man Who Saved OJ Simpson, currently a hit on Netflix. He produced the nonfiction comedy film High There and the documentaries Death of A Beatle and Bin Laden’s Escape; and directed and produced the nonfiction films The Chris Montez Story, Basketball Man, and the award-winning film festival favorite, The Seventh Python. Along with two-time Academy Award® winner Albert S. Ruddy, he wrote and produced the 20th Century Fox feature film, Cloud 9, starring Burt Reynolds.