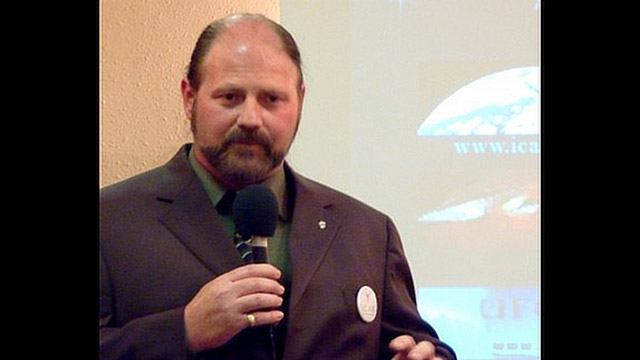 Joe Montaldo is Co-Founder, International Director, and Spokesperson for I.C.A.R. the International Community for Alien Research. Originally affiliated with MUFON as an Investigator, Mr. Montaldo became disenchanted with the lack of information being shared with the general public. His first step in furthering public awareness was establishing a personal website 1998. Later, the I.C.A.R. site was added to the Internet.

Born in New Orleans, Louisiana in 1963, he attended area private schools before joining the U.S. Navy. While in the Navy, Joe earned three degrees in Advanced Electronics and Avionics after getting out of the navy Joe went on the get his bachelor’s degree in Advanced Electronics and Avionics. In April of 2002, Mr. Montaldo began hosting the Wake Up USA a UFO Study talk show. He is now host of the new radio program, “UFO Undercover”. UFO Undercover is an Internet talk show that allows the host and his guest to interact and answer questions with the virtual audience thru the Internet and by telephone via a toll free number.

During his time as host for these radio programs, Joe has interviewed most of ufology’s personalities. In the process he has gained many friends in the community as well as the opportunity to work to ward his goal of ufologist and the public sharing information openly. Having been an investigator for almost 30 years, Joe Montaldo is extremely knowledgeable on UFOs, Alien Abductions, Star Children, Indigo Children, Milabs, Government Involvement, and all matters involved in Ufology.