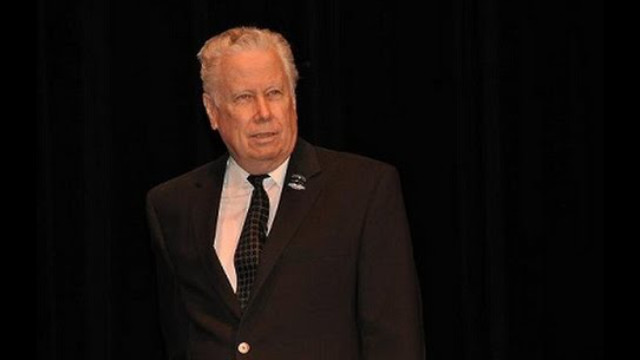 Col. Alexander confronts conventional wisdom with events that, although quite real, seem to challenge the revered “laws of science,” he will discuss everything from life after death, mind over matter, UFOs, remote viewing, telepathic communications with animals, and so much more!

John B. Alexander, Ph.D. is a retired senior Army officer with decades of experience with a wide range of phenomena. Traveling to all seven continents, he has encountered events that defy common explanation. He has met with shamans in the Amazon, the Himalayas, the Andes, East and West Africa and Northern Mongolia. In Tonga, he dived in open ocean with humpback whales, and was involved with telepathic experiments with wild dolphins in the Bahamas. A psychic adventurer, he practiced psychokinetic metal bending, fire walking, and caused a white crow to fly before the National Academy of Sciences.

A founding board member of IRVA, International Remote Viewing Association he is a past-president of IANDS, and former Society for Scientific Exploration council member. Stradling two worlds, he is also retired from Los Alamos National Laboratory, served on studies with the National Research Council, the Army Science Board, the Council on Foreign Relations, NATO, and was a senior fellow with a DoD university. The head of hisdoctoral committee was the legendary Dr. Elisabeth Kubler-Ross. Later he studied at the Kennedy School of Government at Harvard, the Sloan School at MIT, and Anderson School at UCLA. Recipient of the DOE Nuclear Weapon’s Program Award of Excellence and the President’s Volunteer Action Award. He was inducted into the Aviation Week Space Technology Laureate Hall of Fame, that U.S. Army OCS Hall of Fame, and is listed in Who’s Who in Science and Engineering. Dr. Alexander is the author of several books and numerous monographs and articles.