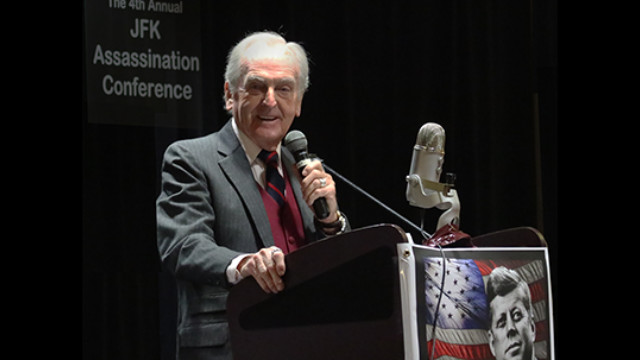 John Barbour is a legend in the entertainment industry and in 1992 he wrote and Directed the award-winning ‘The Garrison Tapes,’ which Director Oliver Stone heralded as ‘The perfect companion piece to my movie ‘JFK.’ 25 years later, in 2017 he wrote and Directed Part 2 called: ‘The American Media and The 2nd assassination Of President John F. Kennedy,’ which leading researchers applaud as ‘The definitive film on JFK and the rise of Fake News’

John Barbour known as the “the godfather of reality TV” created, co-hosted, co-produced, and wrote Real People – the first reality show, which was number one on NBC for three years during the early 1980’s. Barbour moved to the United States in the early sixties with his comedy act, particularly his 1965 album, It’s Tough to Be White, dealt in part with civil rights and black-white relations. Barbour hosted the pilot for The Gong Show in the mid ’70s.

He also directed and wrote the 1992 documentary The JFK Assassination: The Jim Garrison Tapes and in 2017 he wrote and Directed Part 2 called, The American Media and The 2nd assassination Of President John F. Kennedy.

April 1st he will be releasing his autobiography, Your Mother’s Not A Virgin!