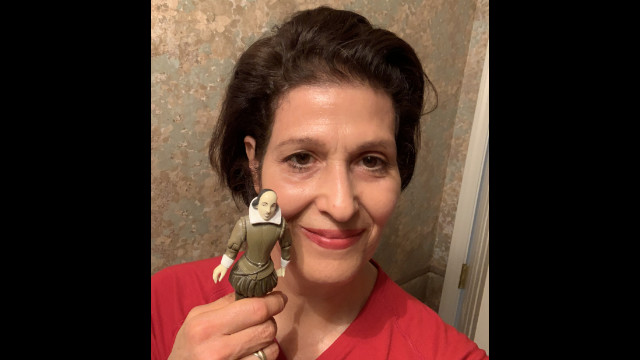 Conspiracy has often surrounded one of the world’s most acclaimed writers, today we investigate the mystery using contemporary evidence that is often ignored or even unknown by the experts, Shakespeare Suppressed presents fresh and sometimes startling conclusions about the man and his works.

Katherine Chiljan is an independent scholar who has studied the Shakespeare authorship question for over 30 years. A graduate of U.C.L.A. (B.A. History), Chiljan became interested in the controversy when Charlton Ogburn, author of The Mysterious William Shakespeare (1984), appeared in a TV debate with a Shakespeare professor. She then started doing her own research, eventually publishing two anthologies about the 17th Earl of Oxford, and acting as editor of the Shakespeare-Oxford Newsletter. In 2003, she debated English professors on the topic at the Smithsonian Institution.

Chiljan was inspired to write Shakespeare Suppressed: The Uncensored Truth About Shakespeare and His Works (2011, reprinted 2016) after hearing a prominent English professor insult doubters of the traditional Shakespeare on national television. The book took almost 7 years to complete and earned her an award for distinguished scholarship from Concordia University, Portland, OR, in April 2012. The book was reprinted in 2016. She was one of the contributors to Contested Year (2016), which uncovered errors in a recent book about King Lear by a prominent Shakespeare professor.