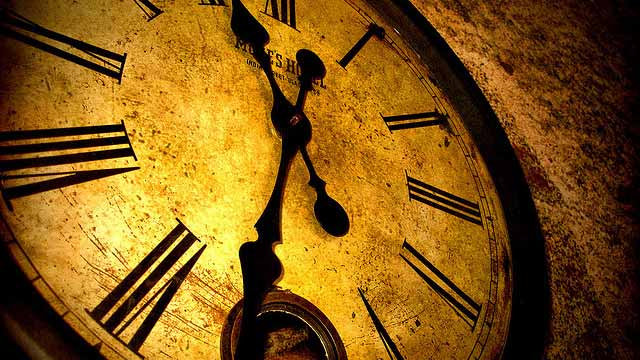 We’ve recently been treated to that extra day in February that reminds us that 2016 is a leap year. Introduced by Julius Caesar, the leap day is necessary because the orbital year is not exactly equal to the 365 days of our calendar year. Without the adjustment, this year’s spring-like Christmas would eventually become routine even without climate change. After a few more generations, the snows of July would give way again to sweltering afternoons. Given enough time, the seasons would march across the calendar.

In order for the months to retain their traditional characters, the leap day is inserted every four years (with some exceptions). It keeps the calendar in sync with our expectations for the seasons.

But throwing an occasional day at the problem isn’t enough. Just as a watch requires periodic adjustments to keep it in agreement with the real time, we need to make occasional tweaks to our global watch. But what is this global watch, and what is the “real” time that it needs to agree with?

The global timepiece is the Earth itself, or rather its rotation. This rotation creates the apparent motion of the Sun across the sky, which is the basis of our ancient notions of the time of day. The “real” time is the atomic time: an objective reference, passing with perfect uniformity, defined and tended to by technicians around the world.