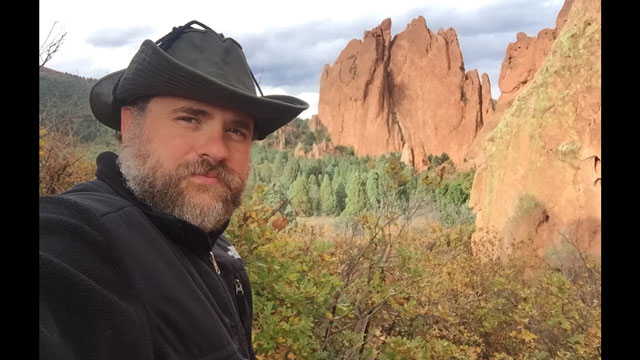 Matty Beckerman made his directorial debut with “ALIEN ABDUCTION” a Sci-Fi thriller based on the legend of the Brown Mountain Lights. It was released by IFC Midnight in Theaters on April 4, 2014. Lawrence Bender (Inglourious Basterds, Pulp Fiction) and Mike Fleiss (Hostel, Texas Chainsaw Massacre, The Bachelor) produced, along with Beckerman himself and his wife Cathy under their production shingle, BIG PICTURE. Written by Robert Lewis and based on a story by Beckerman, and Executive Produced by Exclusive Media’s Guy East and Alex Brunner (The Woman In Black, Rush, The Quiet Ones). Alien Abduction Synopsis: A vacationing family encounters an alien threat in this pulse-pounding thriller based on real life events.

Currently Matty is in production on “AMERICAN SATAN” a script he co-wrote with Sumerian Records founder Ash Avildsen. About A young rock band, half from England and half from the US, drop out of college and move to the Sunset Strip to chase their dreams. Living in a van, their passion and talent exceed their means to survive. An enigmatic stranger sees their true potential and emotionally manipulates them during a time of weakness. Caught in the middle of a Faustian deal, their music and controversial altercations end up influencing society beyond anything this century has seen, but can they take back control of their destiny before it’s too late?

Previously, Beckerman was the Founder and CEO of Natural Selection, a privately-held, equity-backed motion picture company based in Los Angeles, which was in the business of developing, financing, producing and distributing branded, high- concept genre pictures for theatrical distribution. Run by Beckerman, Natural Selection worked with acclaimed writers, directors and producers to produce and develop independent films and quickly became one of the top equity financiers in Hollywood.

Prior to Natural Selection, Mr. Beckerman served as the General Manager of Bulletproof Recording Company Inc, a leading film soundtrack and music supervision company where he worked on projects including Charlotte’s Web, Shoot Em Up, License to Wed, Arctic Tale, Nancy Drew, The Hills Have Eyes II, Because I Said So, Degrassi – The Next Generation, Instant Star, Jackass Number Two, Clerks II, and Hamlet 2.

He also founded Now Or Never Records, Inc, an independent record label with distribution through Warner Bros and ADA. The label signed over 25 acts that toured worldwide and Beckerman directed several music videos all over the country for his acts. He successfully sold the company in 2003 to the leading German multi-national entertainment company, Century Media, distributed by EMI. Mr. Beckerman attended the AB Freeman School of Business at Tulane University, where he obtained his Bachelor’s degree in Management and Information Systems with a minor in Photography.

Beckerman currently resides in Los Angeles, CA and is a member of the Directors Guild of America.