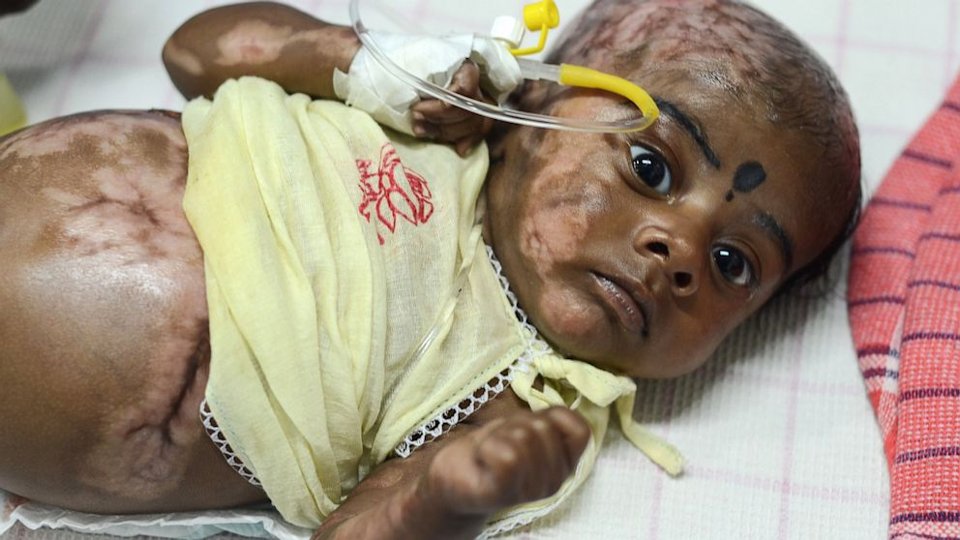 According to CNN-IBN, Rahul first caught fire when he was only 9 days old. Since then, it has happened at least 3 more times. Doctors say, the fires could be a result of his skin emitting combustible gases.

The doctors have advised Rahul’s parents to keep the baby away from inflammable substances and to keep him in a climate controlled room at all times.

Rahul’s parents – shocked with all that’s happening to their newborn baby – are now hoping for a medical miracle.

“Doctors are saying that they can’t do anything to cure him but can only treat his injuries. I have lost everything. The government should come forward and help us,” said the baby’s father.

The baby is now being kept under observation while the doctors try to fathom this medical mystery.