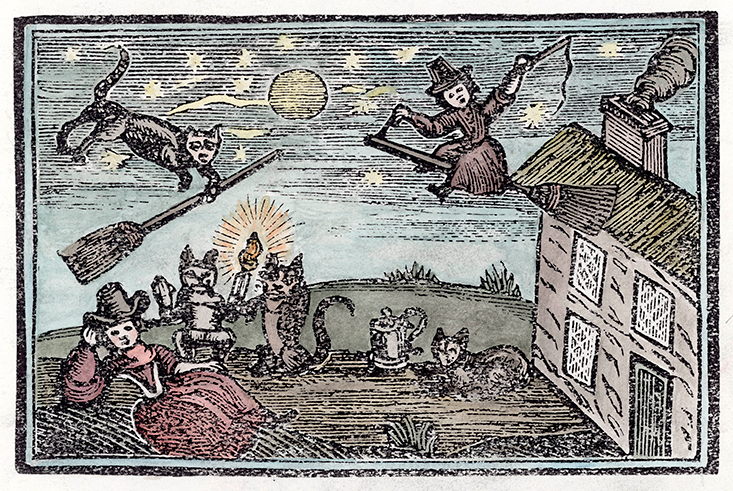 From the 12th century onward there were two distinct attitudes to cats. For many people the cat population operated as important rodent-controllers, and every so often a cat would go beyond being a mere working animal and become a welcome pet inside the house. Working cats and house cats were always popular, but now a negative attitude began to run alongside the friendly one. For some people, the cat was now seen as an evil animal, in league with the Devil. For them, the cat needed to be persecuted if Satan and his followers were to be defeated.

As early as 1180 the warning bells were sounding. The gullible were told—and believed—that during satanic rituals, “the Devil descends as a black cat before his devotees. The worshippers put out the light and draw near to the place where they saw their master. They feel after him and when they have found him they kiss him under the tail.”

In the following century Pope Gregory IX added his voice to the campaign against the evil cat. He was intent on stamping out a sect of Devil-worshippers in Germany who involved black cats in their rituals. This sect had taken its inspiration from the legend of the Nordic goddess of sexuality, Freya, written down in 1220. She was said to be drawn through the heavens by a pair of magnificent cats. Sometimes she was depicted in a chariot and sometimes she was shown riding on the back of one of the animals. The cats symbolized the twin qualities of their Scandinavian mistress, fecundity and ferocity. They were very loving until they were angered, when they became terrifyingly ferocious.