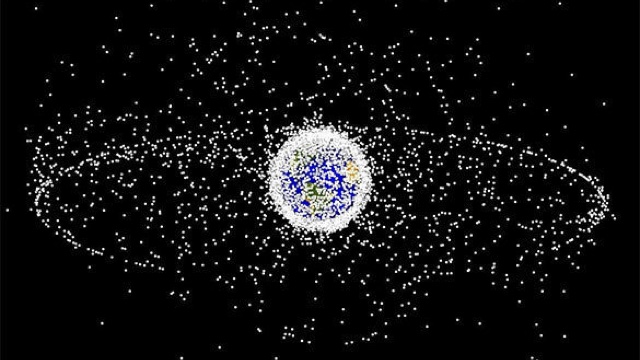 Over the past 25 years, the amount of space junk orbiting Earth has grown exponentially, and the problem is bound to get worse: Some experts claim the feared Kessler Syndrome, an unstoppable cascade of collisions, is becoming a reality.

The U.S. Space Surveillance Network currently tracks some 18,000 objects larger than 4 inches (10 centimeters), of which only 1,200 are intact, operational satellites. In addition to that, there are 750,000 so-called “flying bullets” about 0.4 inches (1 cm) in size and around 150 million fragments smaller than 1 millimeter.

International guidelines recommend that operators remove spacecraft from low-Earth orbit (LEO) within 25 years from the end of the craft’s mission, but only 60 percent of missions actually do that, Holger Krag, the head of the European Space Agency’s (ESA) Space Debris Office, said during the final presentation at the 7th European Conference on Space Debris. The conference took place in Darmstadt, Germany, between April 18 and April 21.

Even if everyone complied with the regulations, it still wouldn’t be enough, experts say. According to Satomi Kawamoto, of the Japan Aerospace Exploration Agency (JAXA), more than 100 objects need to be removed from LEO at the rate of five per year to stop the proliferation of fragments resulting from in-orbit collisions and explosions.

Here are some of the debris-removal concepts presented at the 7th European Conference on Space Debris.