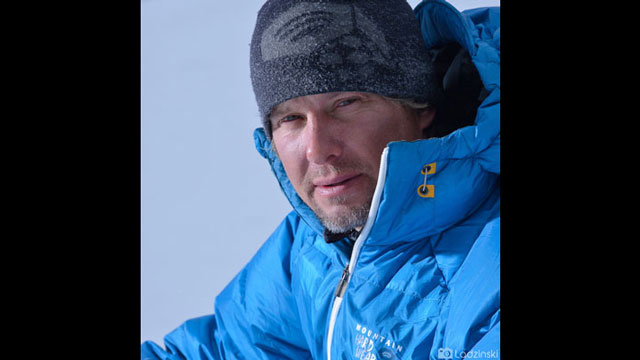 Mike Libecki is a 2013 National Geographic Adventurer of the Year for his commitment to exploring the world’s most remote places. With more than 45 expeditions to his name, he shows no signs of slowing down. In the early winter of 2012, the 39-year-old kicked it off by completing the first ascent of a 2,000-foot tower in Borneo’s West Kalimantan, a feat that involved wading through mud, leeches, and machete mayhem to get to the wall. Via snowboard, he made a series of first descents in Afghanistan’s avalanche-prone Koh-e Baba mountains and then kite skied over mountain lakes—all while keeping a watchful eye out for Taliban operatives. As summer rolled around, Libecki was off to Franz Josef Land, a Russian archipelago just south of the North Pole, where he stand-up paddleboarded between islands and made solo first ascents of unclimbed peaks.

By August, he landed on Greenland’s southeastern coast, where he put forth a marathon 60-hour effort to push a new climb up an untouched granite monolith with sport climber Ethan Pringle. Fall meant a quick trip to the Philippines’s Cordillera Mountains for bushwhacking up jungle-covered peaks. Mike Libecki has done an investigation of the Dyatlov Pass Incident, an event that took the lives of nine hikers on The Mountain of the Dead in Russia, and has remained a mystery for 57 years. Tonight we will discuss what he uncovered in that investigation.