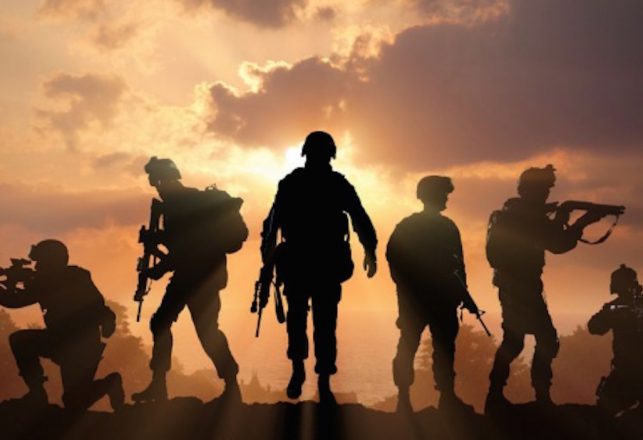 War brings with it violence, horror, strife, and madness. Among all of the chaos and bloodshed there can be some rather strange incidents indeed, and across the ages there have been various accounts of something very strange going on behind the scenes of our relentless drive to kill ourselves. Although there are plenty of reports of the killing and death of war, what is not often reported upon are the numerous cases of strange sightings and phenomena that seem to be going on as well. Perhaps some of the more bizarre of these are the baffling entities that have been seen in wartime of sinister beasts of a decidedly supernatural, perhaps even demonic nature. Here is a selection of wartime encounters with creatures and beings that seem to lie beyond our current understanding of the world as we know it.

One rather obscure but terrifying account originates in October of 1943, among the cacophony of death and chaos of the German bombings of London. As the citizens cowered in their homes fearfully awaiting the next booming shudder of the ground from another bomb, a military group called the ARP (Air Raid Precautions) stalked through streets painted by the flickering of the glow of explosions and picked through the rubble of the massacre in an effort to salvage as many lives as they could. One of these men was named Howard Leland, and he was to find something perhaps far worse than the enemy here in this war-torn wasteland.

At some point the ground heaved with the wrath of a particularly close bomb strike, and Leland allegedly ducked into a quaking abandoned house to take shelter as the structure rained dust and debris down upon him. As it was night, he used his flashlight to pierce through the murk, particles of dust dislodged by the bomb strike hovering and dancing in the beam. He made his way to the top of a darkened stairwell that descended down into a pitch black that his feeble light could not shake off, and he nevertheless stumbled down to the bottom of a cellar, where he reportedly crouched down to wait out the enemy bombing run, praying that the building he was in would not be the next to be disintegrated into rubble.