In my recent article titled “A Case for Man-Made UFOs Or Not?” I mentioned Bob Lazar’s claims of working on recovered UFOs at a certain, secret base in Nevada in late 1988. You know the base. We all do: Area 51. Or, as Lazar said, a specific portion of Area 51 called S-4. As I stated in my article: “Some researchers believe that Lazar saw flying saucers built and flown by Uncle Sam. Others say that the craft were from another world. There are those who conclude Lazar made the whole thing up. Me? I think it was probably a very weird mind-game filled with far more than a bit of disinformation – and with Lazar being the patsy, but for reasons that still fully elude us.”

If you take a look at all of the controversy surrounding Lazar’s claims, you will see that people – for the most part – fall into two specific categories. There are those who think Lazar’s claims are real and there are those who think it’s all a pile of crap. Few people ever give much thought to a third possibility. On this very point of another angle, I’m quite open to the idea that Lazar told the truth as he saw it, but the truth wasn’t what Lazar believed (and still believes) it to have been. Indeed, there are certain indications that Lazar was set-up.

There is a particularly important aspect to the controversy surrounding Bob Lazar that many researchers are either completely unaware of or have overlooked – possibly not even realizing the importance of that certain aspect. It’s the distinct possibility that while working out at S-4 Lazar may have had his mind tampered with. We’re talking about ways and means to blur reality, to have the targeted individual – in this case Lazar – see and experience something that may not actually be real. Lazar said that staff were regularly intimidated by security personnel and that hypnosis and drugs were sometimes used on personnel, which is an intriguing revelation. 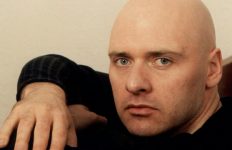