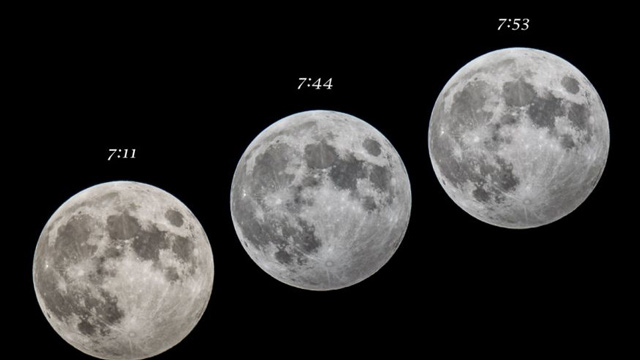 Earth’s shadow will darken part of the moon Wednesday morning in a lunar eclipse that will be visible from much of the globe, including central and western North America.

But don’t get too excited, skywatchers. Wednesday’s lunar eclipse is of the penumbral variety, and the effect will therefore be subtle and subdued compared to the jaw-dropping “blood moons” caused by total lunar eclipses.

Earth’s shadow is composed of two parts: the dark, inner umbra and a faint, outer portion called the penumbra. As the term suggests, penumbral eclipses involve the moon dipping into the penumbra (but steering clear of the umbra). Weather permitting, well-placed observers who look carefully Wednesday morning should be able to see the moon’s lower portions take on a smudged appearance.

The penumbral eclipse will last for 4 hours and 15 minutes Wednesday, but it may be noticeable for only a few minutes around 7:47 a.m. ET, the time of greatest eclipse, Space.com skywatching columnist Joe Rao wrote in our lunar eclipse guide last week.