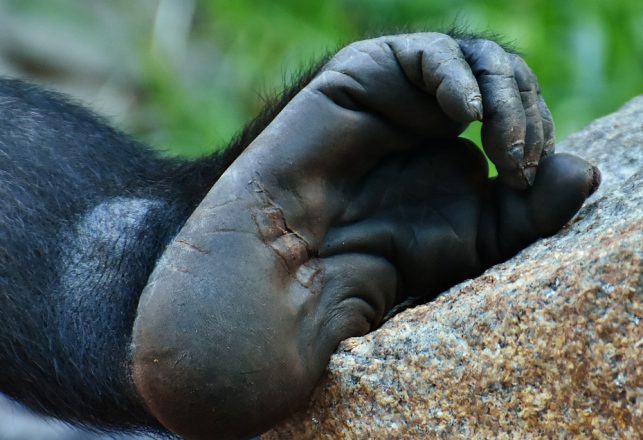 As a follow-up to my previous article on what has become known as the “British Bigfoot,” I thought I would share with you a few more stories demonstrating just how weird the phenomenon really is. During the course of undertaking research for a book dealing with landscape-based mysteries, Fortean authority Andy Roberts was told of a terrifying experience that occurred to him during the early 1960s. The source was a boy at the time, and out with a friend to investigate one of the many aircraft wrecks from the Second World War that still, today even, litter the approximately 2,000-foot-high Bleaklow plateau in the Derbyshire Peak District. While visiting the crash site, the man suddenly heard his friend shout.

The man told Andy: “I looked and saw, all in one instant, grouse exploding out of the heather towards us, sheep and hares stampeding towards us and behind them, rolling at a rapid rate towards us from the direction of Hern Clough, a low bank of cloud or fog…but what was truly terrifying was that in the leading edge of the cloud bank – in it and striding purposefully towards us — was a huge shadow-figure, a man-like silhouette, but far bigger than a man, as high as the cloudbank, as high as a house. And the terror that hit me and was driving the birds and the animals and my friend was utterly overwhelming – like a physical blow – and I have never felt the like since!”

The man’s friend attributed the terrifying incident to “Th’owd Lad,” an old term for none other than the Devil himself. In this case, it’s highly likely that what the two friends encountered was what is known as a Brocken Specter. It is described as: “…an apparently greatly magnified shadow of an observer cast against mist or cloud below the level of a summit or ridge and surrounded by rainbow colored fringes resulting from the diffraction of light. The effect is an illusion. Depth perception is altered by the mist, causing the shadow to appear more distant and to be interpreted as larger than normally expected.”