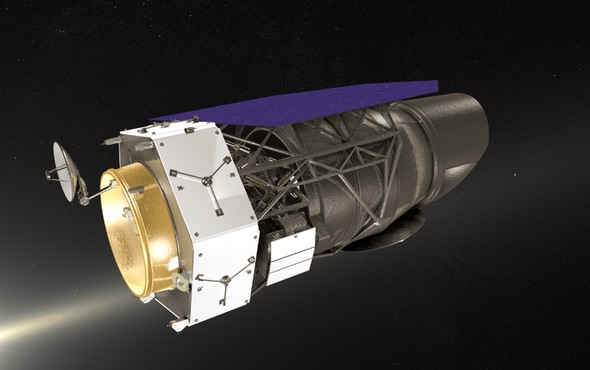 The Trump administration is proposing a budget of $19.6 billion for NASA in its request for fiscal year 2019—roughly half a billion dollars more than its request for fiscal year 2018. The additional funds would support the administration’s directive to reinvigorate human and robotic exploration of Earth’s moon and other planets in the solar system but would also come at the expense of several other big-ticket items in NASA’s portfolio—namely the International Space Station (ISS) as well as the Wide Field Infrared Space Telescope (WFIRST), a “flagship”-class mission next in line for launch after the James Webb Space Telescope (JWST). The budget also recommends canceling five upcoming NASA Earth science missions as well as the space agency’s Office of Education.

Under the proposal U.S. funding for the ISS would cease in 2025, a year after the station’s current retirement date. That’s years ahead of 2028, however, which many public and private ISS stakeholders have been counting on as the most likely target for an extension of the ISS’s mission that has cost U.S. taxpayers some $100 billion since the 1990s. The station would potentially live on, however, sustained by still-nascent public-private partnerships that could in theory shift the bulk of upkeep costs to private businesses. To that end, the budget also calls for $150 million in 2019 and more in future years to help commercial companies expand their activities in low Earth orbit, although it does not specify the ISS as an explicit part of that spending. In recent years the ISS has become a vital destination for U.S. launch providers such as SpaceX and Boeing, which are competing for NASA contracts to ferry astronauts to and from the orbital outpost. Rockets from SpaceX and other providers already make regular supply runs to the ISS.

Despite the budget’s supposed support for more commercial activity in low Earth orbit, industry representatives view its defunding of the ISS as shortsighted. “Only now are we finally reaching the full operational level for which ISS had been designed,” Commercial Spaceflight Federation president Eric Stallmer said in a statement. “An early retirement of the station prior to 2028 would not allow sufficient time to leverage the asset appropriately…, the ISS should fly throughout a transition period until such time as we have a sustainable orbital economy, more likely to be in place by 2028.”