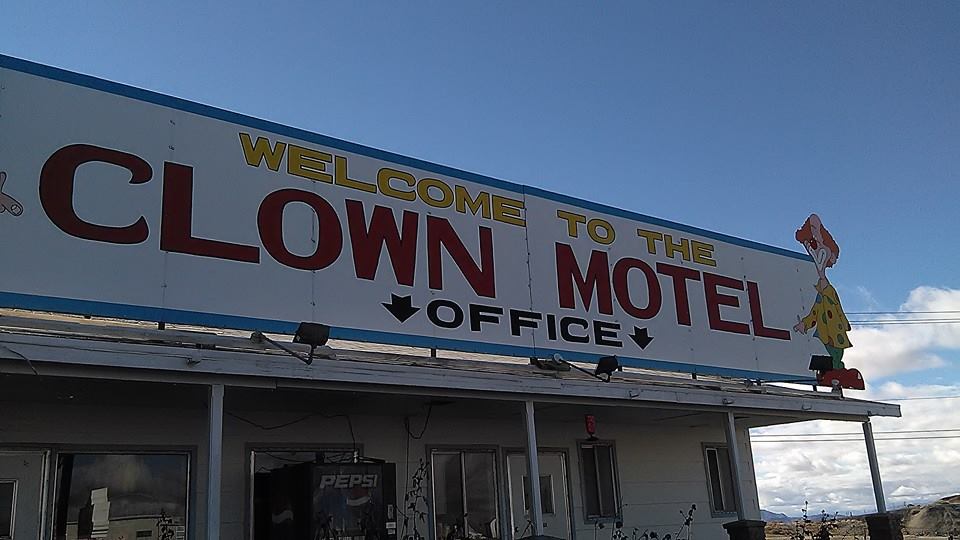 How many scary, creepy or paranormal traits can be crammed into one location? The Clown Motel in Tonopah, Nevada, may be near the top of the list. It’s haunted; it’s on a long stretch of lonely deserted highway; it’s next door to a cemetery filled with the graves of people who died under mysterious circumstances; and, of course, as the name suggests, it’s filled from top to bottom with clown figurines, mannequins, paintings, and occasionally, live clowns. Why would anyone drive 250 miles northwest of Las Vegas to stay here instead of at a kitschy but ghost-and-clown-free (well, except for Circus Circus) hotel? A better question is, why would anyone want to buy this property now that it’s for sale … with the contractual obligation to keep the clowns and the clown theme? Did Pennywise save enough pennies?

Tonopah is located at the junction of U.S. Routes 6 and 95, halfway between Las Vegas and Reno with not much between it and either city. It became a boomtown in 1900 when silver was found, but was nearly deserted by 1920 when silver and gold mining operations shut down. In that short period of time, the small town cemetery filled with the graves of many locals, including prospectors and townspeople killed by a mysterious plague in 1902, and 14 miners who died in a mysterious mine fire in 1911. These may be the source of some of the ghost stories.