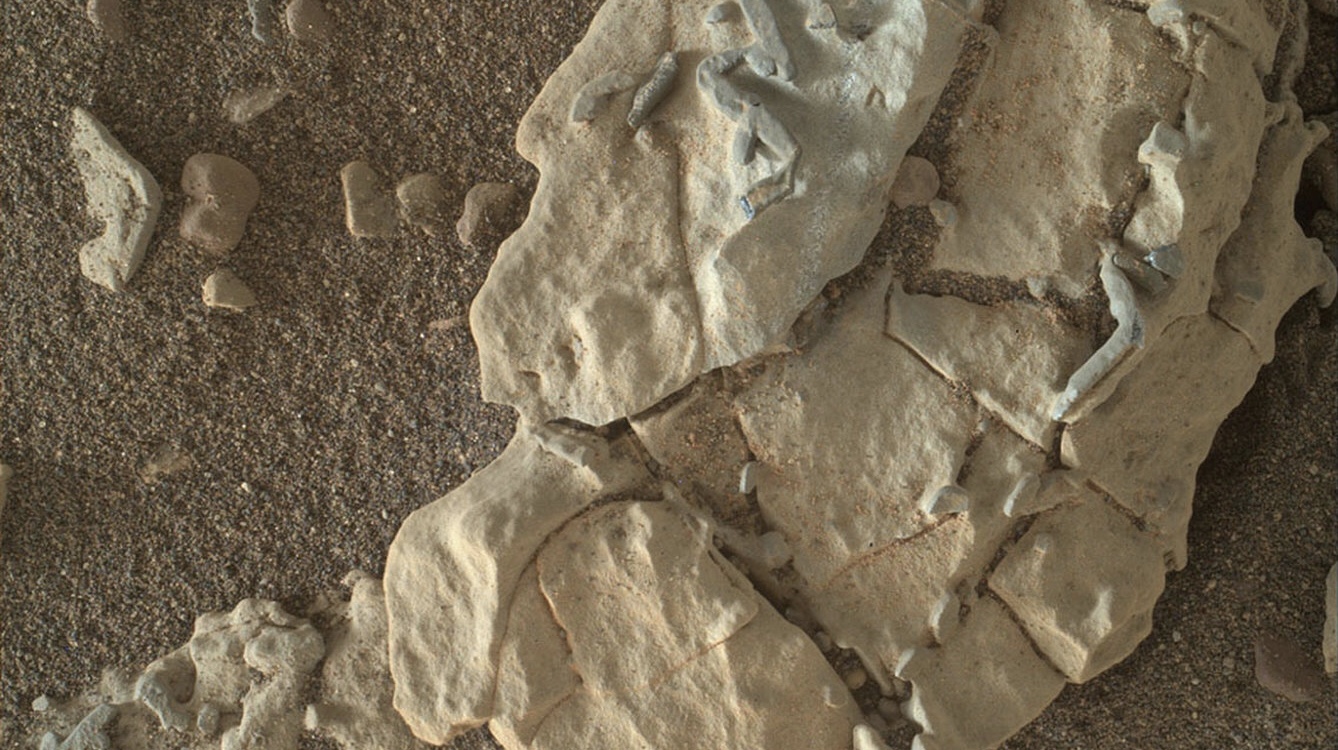 A United Kingdom-based researcher claims he’s seen evidence of ancient animal tracks on Mars, but don’t get too excited. The features he’s talking about are widely documented by NASA as interesting crystal shapes that likely formed in water long ago.

A media frenzy ensued after the scientist said he saw evidence of branching, twisting features in pictures from NASA’s Mars Curiosity rover. “If you look at the images more closely … this actually has features in it that are reminiscent of trace fossils,” said Barry DiGregorio, a research fellow at the University of Buckingham, in an interview with the Daily Star published Sunday (March 4).

It’s not the first time he’s made these claims. He told Space.com in January that some of Curiosity’s pictures of the structures remind him of Ordovician trace fossils. At the time, Curiosity was looking at strange tubular structures. Some people claimed these formations came from burrowing creatures.

NASA, however, attributed the shapes to crystal growth.

Curiosity found the features on Mount Sharp, in a zone more than 1,000 vertical feet (300 meters) above the rover’s landing site on the floor of Gale Crater.

“When we looked at these things close up, they’re linear, but they’re not tubular in the sense of being cylinders; they’re actually quite angular,” said Curiosity mission scientist Ashwin Vasavada, of NASA’s Jet Propulsion Laboratory in Pasadena, California, in a Space.com interview in January.