It seems like everyone is talking about the extraterrestrial question these days. Humanity has always wondered, “are we alone?” and a new study seeks to answer that question scientifically, arguing that, not only are we not alone, but we never have been, and there are most likely a number of different intelligent extraterrestrial civilizations out there right now.

The study, published in Astrobiology and written by Adam Frank and Woodruff Sullivan from the Universities of Rochester and Washington, respectively, used the recent discovery of dozens of exoplanets to hypothesize on the likelihood of other technologically advanced civilizations existing. The study emphasizes that, unless the odds of advanced life evolving on a habitable planet are astonishingly low, then “human kind is not the universe’s first technological, or advanced, civilization.”

The question of whether advanced civilizations exist elsewhere in the universe has always been vexed with three large uncertainties in the Drake equation. We’ve known for a long time approximately how many stars exist. We didn’t know how many of those stars had planets that could potentially harbor life, how often life might evolve and lead to intelligent beings, and how long any civilizations might last before becoming extinct.

Astrophysicist Frank Drake developed an equation in 1961 to estimate the number of advanced civilizations likely to exist in the Milky Way galaxy. The Drake equation (top row) has proven to be a valuable framework for research, though it is impossible to do anything more than guess at variables such as L, the probable longevity of other advanced civilizations. 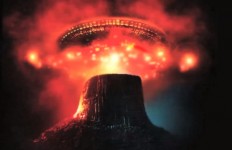 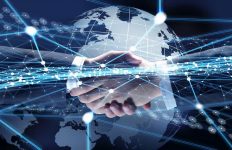 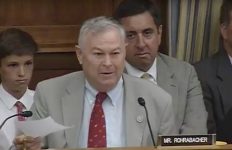 No, Congressman, There’s No Evidence of an Ancient Mars Civilization→