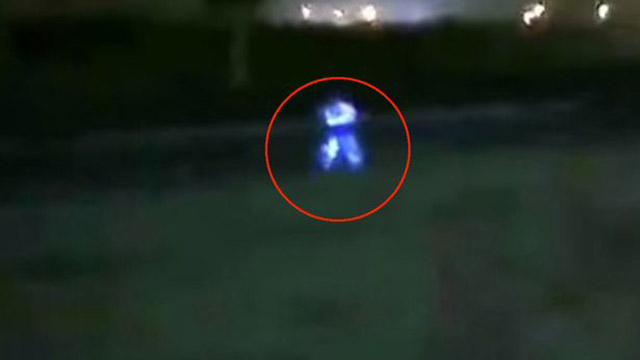 A paranormal investigator claims he has captured footage of an alien ‘humanoid’with a large, glowing blue head levitating across a motorway.

Anthony Choy, who has been investigating UFO sightings for 25 years, says he and his crew chased the being after it appeared outside a petrol station in Pachacamac, Peru on August 22.

According to Choy and his witnesses, the creature was about half a metre tall, with red eyes and a head the size up a pumpkin. It emitted blue glowing lights from it’s dome-like skull.

When it ran into the motorway, Choy claimed the being was hit by a speeding truck, but disappeared at the point of contact and rematerialised in the road after it had passed.

Choy says he believes that moment proves the alien must be capable of teleportation in order to avoid certain death.

Blurry footage taken by the investigators does indeed appear to show a strange blue form walking towards the motorway, before vanishing just as a lorry hits it.

“This being is unique,” Choy said. “Initially we thought it was a robot or drone but this has been ruled out because it made no noise, there was no engine or rotors.

“This entity was not of this world.”