Paul Owens will discuss the history and mystery of the Overtoun Bridge renowned the world over as the spookiest bridge on earth. It is here in all season’s that the world’s greatest dog mystery has been occurring for over a century. It is estimated that at least 100 dogs have leapt from its walls and parapets without explanation. 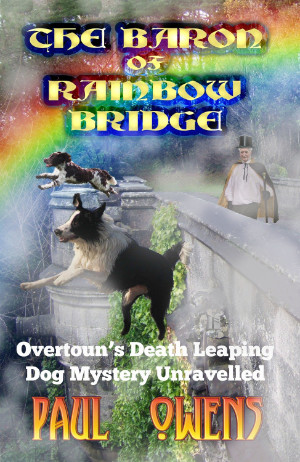 Paul Owens M.A. (Hons), B.D., M.Sc., P.G.C.E, TEFL was born in Glasgow, Scotland. He was educated at Keil School, Dumbarton and studied at the Universities of Glasgow, Edinburgh, and Durham. He worked as a teacher of Philosophy and Religion, and his interests include the unexplained, and the paranormal. He is a member of the SSPR (Scottish Society of Psychical Research), and has taught on the paranormal at various academic institutions.