Veteran UFO Research and ET Contactee Paul Sinclair talks about the Flixton Werewolf which has been reported in the North Yorkshire area for over a thousand years at least. Paul also discusses other cryptids in that region including a gorilla like being and a large cat like being.

The second half of the show Paul will share his own ET Experiences going back to childhood and YES…more UFO’s! 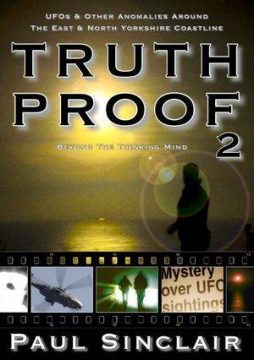 Paul Sinclair lives with his wife and family in the seaside town of Bridlington, on the East coast of Yorkshire in the UK. He began his research into UFOs and other local anomalies in 2002, and created the ILF-UFO website as a platform for witnesses to share their accounts and experiences. Paul is a thorough researcher, who is not content with hearsay or rumors. He studies and investigates his subjects to the minutest detail, then seeks out witnesses and documented evidence to back up his work.

Those who Paul has interviewed relate local sightings far stranger than anything reported worldwide. Some are recent, some are historical, but they are all mysterious and fascinating. In 2016 Paul had his first book published. Truth-Proof: The Truth That Leaves No Proof contains accounts of UFOs & other anomalies around the East & North Yorkshire coastline. Paul has completed Truth-Proof 2 which is due out later this year – and is already writing his third book. Paul is also a talented self-taught artist who creates surrealist artwork. He enjoys regular countryside walks and never leaves home without his camera.