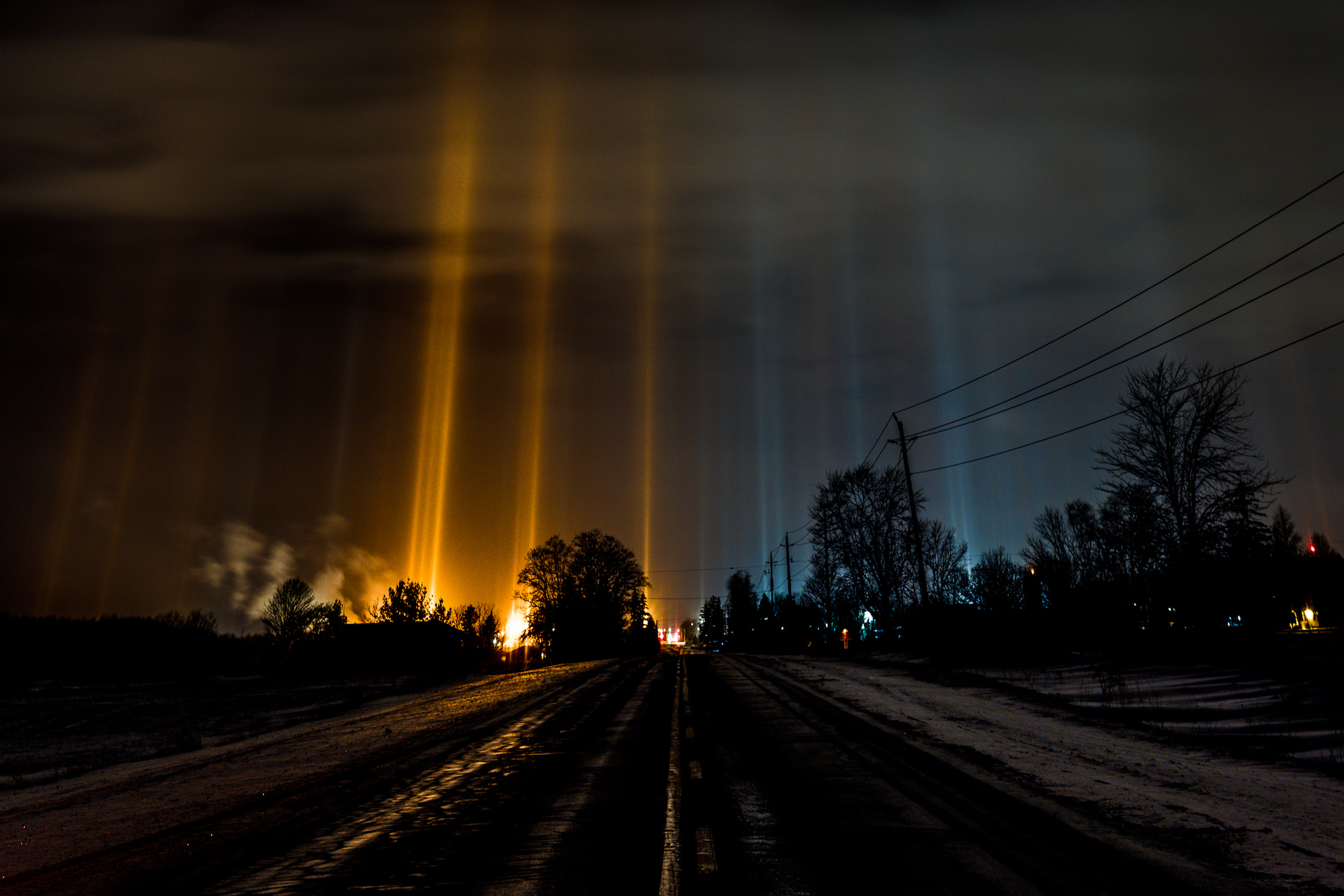 Imagine stepping into the night and seeing beams of light that shoot from the earth straight into the atmosphere. You might suspect alien spaceships, but light pillars are of this world.

When a blast of cold weather comes down from the Arctic, flat ice crystals form in the air and hang there like pixie dust. Any source of light reflects off the crystals, creating a dazzling display of brightly colored rods of light known as light pillars.

The appearance of these pillars south of polar regions is so rare that people have reported them as UFO sightings in the past — as some did with SpaceX’s Falcon 9 rocket launch in December.

On a clear, cold night, at just the right angle, if you look up at the sky you may see a weather phenomenon that some people who live farther south may never see. They’re called light pillars and here’s how they are formed.

On a late night in January, Ray Majoran was sitting on his couch when he got a text from his friend with a photo of the sky. “My phone does not come close to doing it justice,” he said.