Join Philip and Tim as they share their most recent quest to document proof of the real life mysterious alien phenomena surrounding Mount Adams, you will learn they found a lot more than they bargained for.

BIO:
Phillip Wade was born in Salem, Oregon. Throughout his younger years film-making has been apart of everyday life for Phillip. He directed and produced his first film at the age of 13. He is most known for producing and directing films with his younger brother, Tim Wade. He is also the co-founder of Ambition Pictures. 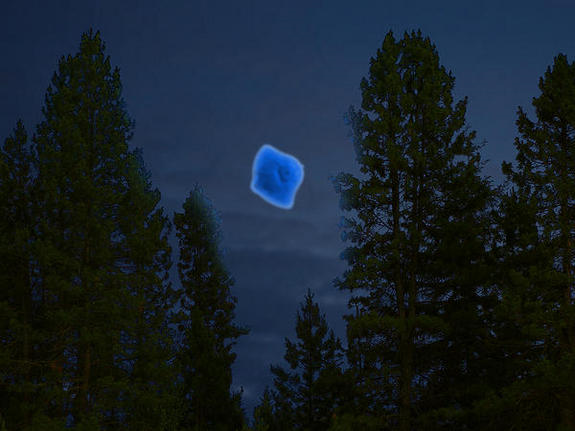 This is an artist recreation of what Dave Schrader saw in October 2006 over Trout Lake, Washington. James Gilliland believes it is a half-biological, half-mechanical craft that is used to travel between dimensions.