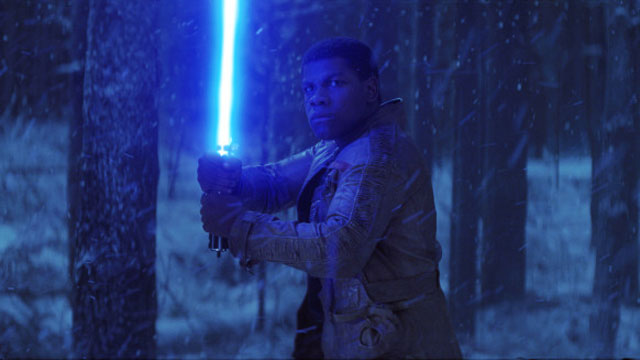 Star Wars: The Force Awakens is finally in theaters (or at least it’s close enough). I wanted to take a moment to clear up a few points. Don’t worry—this will be a SPOILER FREE post since I haven’t even seen the new movie.

A Summary of Star Wars Physics

This might come as a surprise to some people, but I have been writing about Star Wars physics for a very long time. In an effort to share all my past Star Wars posts, I am tweeting them under the hashtag #StarWarsPhysics.

I think one of my favorite Star Wars posts was the one where I looked at Han Solo shooting Greedo in Episode IV. In case you aren’t aware, the original version showed Han shooting Greedo before Greedo tried to shoot Han. In the new version, Greedo shoots first. I wanted to see if there was enough time for Han to react and shoot Greedo or he had already planned on shooting him. I will let you read the analysis if you are interested, but my favorite part is my speculation on what it means if Han shoot first (from a character development perspective). Perhaps this is what Han was thinking if he shot second.

“Oh, here is that Greedo guy again. I know what he is going through, pressure from Jabba the Hut to bring in someone and someone soon. Well, he is probably a good guy deep down. He won’t shoot me, I know he won’t. But you know what, I will keep my gun out just in case….

What?! Did he just try to kill me? And he MISSED? That is it Greedo, I am going shoot you. Shooting once isn’t enough for scum like you, so I am going to shoot you again. BOOM. You exploded. That’s odd.”