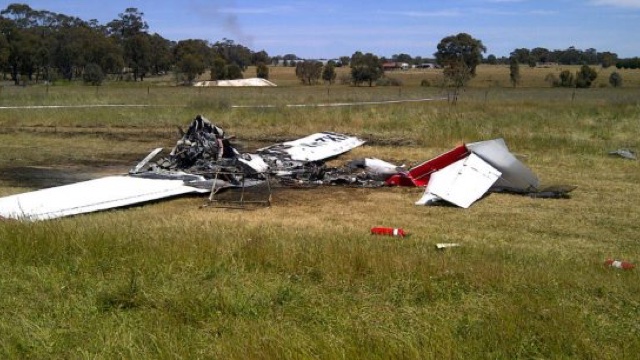 A mystery in Michigan has aviation experts and law enforcement officials scratching their heads in wonder at what could have happened aboard a small plane found crashed last week. According to aviation news site AVWeb.com, a single engine Cessna 172 Skyhawk plane registered in Michigan took off from an Ann Arbor airport on Wednesday, March 15 headed for Harbor Springs, Michigan. At 11:38 p.m. that same night, Ontario Provincial Police discovered a plane crash 37 miles (60 kilometers) east of Marathon, Ontario on Lake Superior’s north shore. While plane crashes are not uncommon, this particular crash has caught the attention of mystery hunters worldwide due to the fact that the plane’s pilot seems to have completely vanished.

No body was found in the crash and investigators found no footprints surrounding the wreckage. The plane’s fuel tanks were completely empty and the autopilot systems were still engaged when the wreckage was discovered. According to Sgt. Peter Leon, spokesman for the Ontario Provincial Police, there is absolutely no evidence that the pilot was on the plane at the time of the crash:

We conducted a thorough investigation and were unable to locate any life associated with that wreckage. It would appear the pilot left the plane sometime before it crashed. Exactly where, we’re not sure.

The plane is registered to the group University of Michigan Flyers Inc., and it is now believed that the pilot was a 27-year-old Chinese graduate student studying at the University of Michigan. The leading theory is that the student might have set the plane to autopilot and subsequently jumped from the plane into Lake Superior as a means of committing suicide. Other armchair sleuths have taken to internet comment sections to speculate that this could be a case of faked death, although the plane was not designed to carry parachutes.