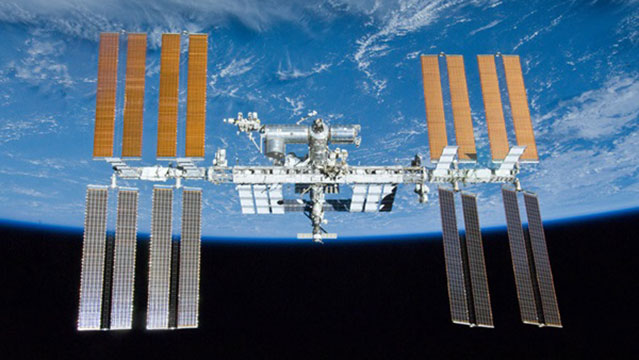 NASA’s goal of sending humans to Mars by the 2030s faces many challenges. Now, if all goes well, the American space agency is poised to take one of the first steps toward overcoming those challenges. Although the project is still speculative, NASA and other International Space Station (ISS) partners have begun making plans for a cis-lunar “spaceport” designed to provide a stepping-stone to the Red Planet.

Last month, representatives from five of the world’s space agencies met in Tsukuba, Japan, to discuss their plans for a space station orbiting the Moon. Finalization of the station’s design could come as early as next year. In the ensuing months, these space agencies will begin reviewing plans for a potential cis-lunar station that would serve as proof of concept for many of the challenges that manned missions to asteroids and Mars would pose. Such challenges include the development of deep space life support systems and the integration of human and robotic science and spaceflight operations.

Cis-lunar space is simply the volume of space enclosed by a sphere with a diameter equivalent to the Moon’s orbit. Proving that closed-system, long-term human habitation is manageable here is a necessity before longer missions are planned at distances that don’t allow for easy rescue or resupply. During the meeting in Tsukuba, the ISS partners agreed upon a Near-Rectilinear Halo Orbit, or NRHO, for the station, which would be an oval-shaped loop that would bring the station as close to the Moon as 900 miles (1,500km) and take it out to 43,000 miles (70,000km) throughout a single orbit.