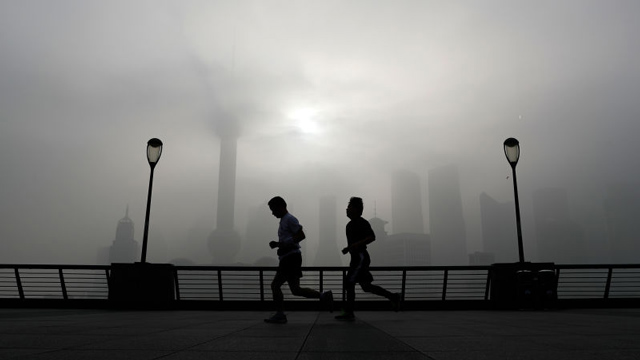 The leading cause of death worldwide isn’t an infectious disease or cancer. It’s air pollution. And despite our best efforts to control it, smog is still increasing at an alarming rate worldwide, posing a health risk to over 80 percent of all city dwellers.

That’s the sobering conclusion of an update released today by the World Health Organization, whose global air pollution database tracks annual mean concentrations of fine particulate matter—tiny particles of sulfates, nitrates and carbon that bury themselves deep in human lungs. The WHO was able to compare information on particles smaller than 10 or 2.5 microns (PM10 and PM2.5) across 795 cities in 67 countries between 2008 and 2013.

Since the WHO’s last global analysis, cities around the world have seen an eight percent growth in outdoor air pollution. A whopping 98 percent of cities in low and middle income countries do not meet the WHO’s air quality standards, placing residents at a greater risk for stroke, heart disease, and acute respiratory illnesses. In wealthy countries, the number of cities with unclean air falls to 56 percent.