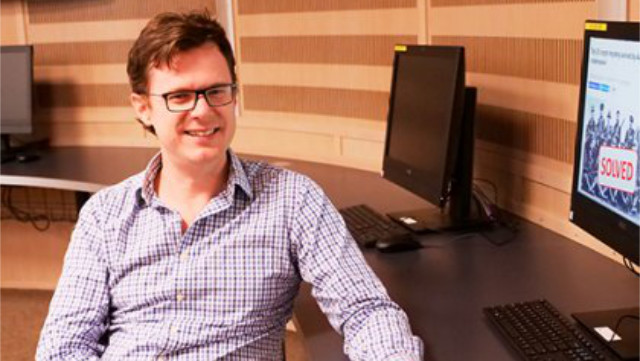 A code was created by Cambridge professor and scientist Robert Henry Thouless, who passed away in 1984. He created it as a “test of survival” to see if he could communicate with the living after his death. Thouless thought that if he successfully transmitted cipher keywords to the living through spiritual mediums and the message was received, this would prove he had survived his death. Has the Code finally been cracked? Tune in tonight to find out!

Richard Bean is a mathematician from Brisbane, Australia. He has worked in academia in Australia and Iran, for government, Queensland Health and industry ROAM Consulting and the Australian Energy Market Operator. He has more than 30 publications in areas including combinatorics, statistics, power systems, and transport.Outside of his academic work – although with some overlap – Richard enjoys cycling, cycling advocacy, and classical cryptography challenges.