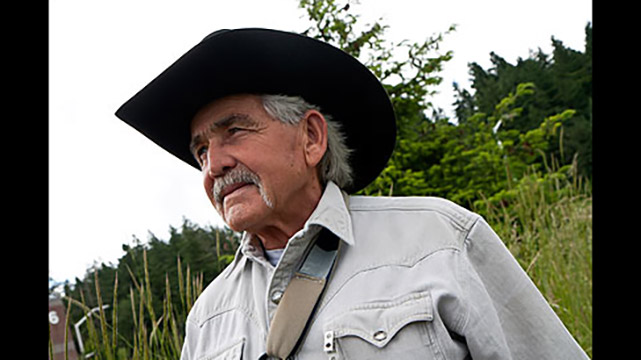 UPDATE: The upgrade process of Dave’s studio computer systems are not quite finished yet, be back live tomorrow.

Bob Gimlin was born October 18, 1931, in Missouri. Eventually he moved to Yakima, Washington, where he lives today. At 86 years old he works harder than most on his ranch breaking in young horses. Bob is best known for his first hand eye-witness account of Bigfoot. He was there on October 20, 1967 when Roger Patterson filmed the now famous, Patterson-Gimlin Bigfoot film. Last month on October 20th marked the 50th year anniversary of the film footage. Many serious enthusiasts came to Willow Creek California to meet Bob Gimlin and look over the dedicated Bigfoot room at the Willow Creek China Flat Museum.