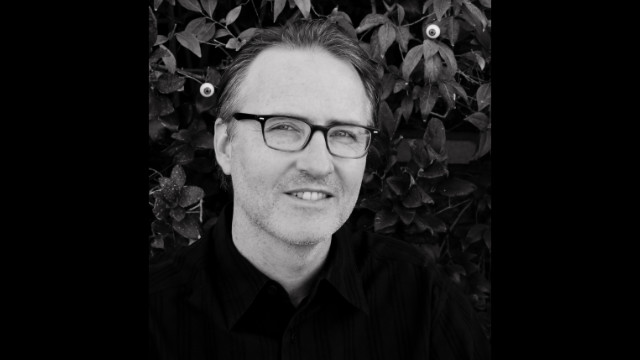 Tonight Robert Guffey joins is to tell a true account of what happened in a seedy Southern California town when an enthusiastic and unrepentant heroin addict named Dion Fuller sheltered a U.S. Marine who’d stolen night vision goggles and perhaps a few top secret files from a nearby military base.

Dion found himself arrested (under the ostensible auspices of The Patriot Act) for conspiring with international terrorists to smuggle Top Secret military equipment out of Camp Pendleton.

Robert Guffey is a lecturer in the Department of English at California State University – Long Beach. His latest book is Chameleo: A Strange but True Story of Invisible Spies, Heroin Addiction, and Homeland Security, which Flavorwire has called, “By many miles, the weirdest and funniest book of 2015.” A graduate of the famed Clarion Writers Workshop in Seattle, he has also written a collection of novellas and his first book of nonfiction, was Cryptoscatology: Conspiracy Theory as Art Form. He’s written stories and articles for numerous magazines and anthologies, among them Fortean Times, The Los Angeles Review of Books, The Mailer Review, Mysteries, New Dawn, The New York Review of Science Fiction, Paranoia, Postscripts, and Video Watchdog Magazine.