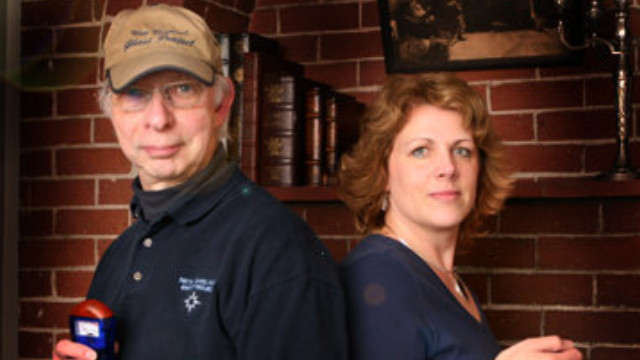 Ron Kolek and Maureen Wood will share their unique perspective into the lives of people touched by the paranormal and will dive into the realm of the unknown, the unexplained, and the unbelievable.

BIOs:
Maureen Wood is a fifth generation Psychic/Trance-medium. At the age of fifteen, she was introduced to a woman who studied with Laurie Cabot, the official Witch of Salem, Massachusetts. This mentor took Maureen under her wing and guided her in ways to not only understand, but also to control her gifts. At this same age, she also served as a medium for adult séances. She has practiced, studied, and instructed metaphysical studies for thirty-five plus years. Maureen is currently the lead psychic/medium for The New England Ghost Project and the former co-host of the popular Ghost Chronicles radio show. Maureen also starred in the Emmy-winning American Builder Halloween special.

Ron Kolek is the founder and lead investigator of The New England Ghost Project. With a degree in Environmental Science, he was the ultimate skeptic. However, a near death experience changed all that. No longer blinded by his skepticism, he now uses scientific background to seek the truth about the paranormal. His exploits have been documented in many newspaper, television, radio, and magazine articles and is internationally known with features in the U.K., Germany, China and Japan.