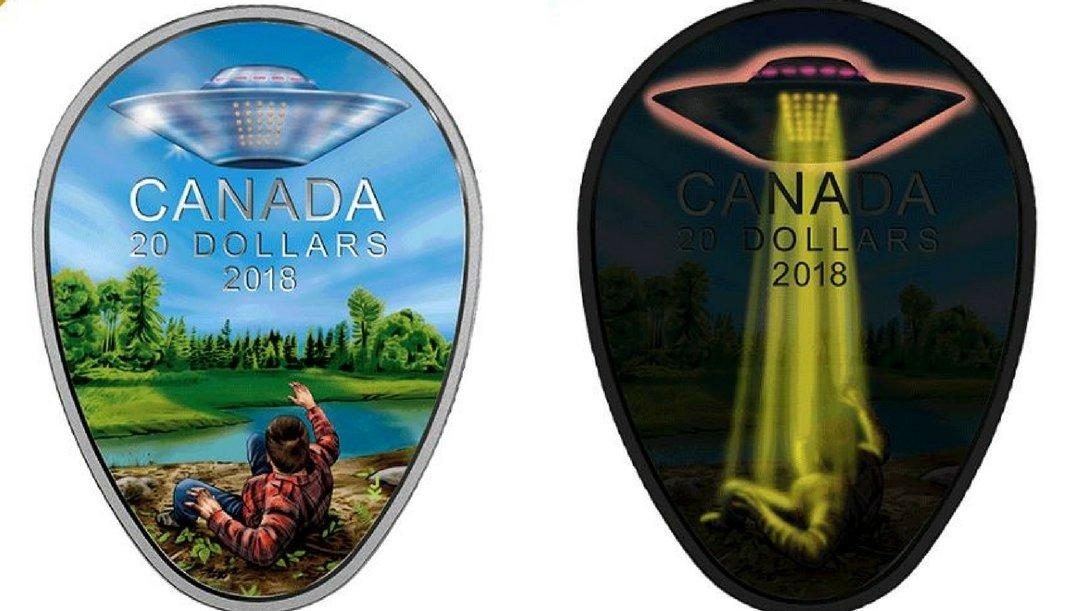 The Royal Canadian Mint is releasing a limited-edition $20 coin to commemorate the unusual story of a Manitoba man’s close encounter with a flying saucer.

Michalak said he suffered burns when he came across an unidentified flying object in what became known as the Falcon Lake incident in May 1967.

The coin carries the standard engraving of the Queen on one side and on the other displays a full-colour depiction of Michalak falling to the ground, with a forest and lake behind him, while a flying saucer hovers above him.

Like the story, the coin is unusual because it’s oval-shaped and comes with a black light flashlight which the mint says gives the reverse side an otherworldly glow.