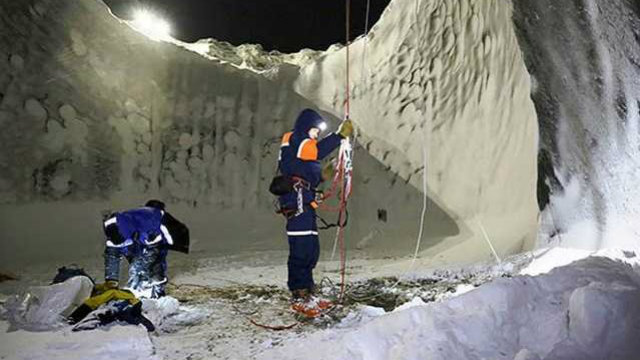 Scientists have finally descended into one of the three enormous holes that mysteriously opened up in Siberia several months ago.

The holes, on Russia’s Yamal Pensinsula, captured attention after one was first spotted by an aircraft pilot in July, who took this pic:

Now a team from the Russian Centre of Arctic Exploration has climbed down to the bottom of the largest hole, about 16m, to stand on a frozen lake which itself is about another 10.5m deep.

The team had to brave winter temperatures of -11C, as the crater was a mudbath in summer with water pouring into it from the ground above.

Vladimir Pushkarev, director of the Russian Centre of Arctic Exploration, took a few amazing snaps of the expedition.