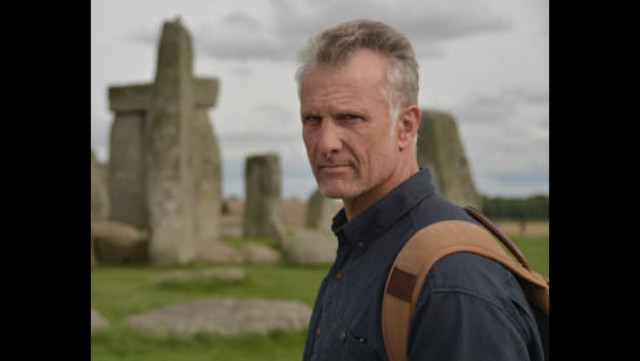 Scott Wolter explores some of America’s deepest secrets, digging up mysteries that have been hidden until now. Using his background as a forensic geologist and teaming up with eyewitnesses and other experts in their respective fields, Scott is determined to find new evidence and ultimately the proof that’s been buried in time suggesting history isn’t what we’ve been told. He will give us a little peak into what to expect in the next season of “America Unearthed”.

Scott Wolter graduated with a Bachelor’s degree in Geology and Earth Science from the University of Minnesota-Duluth in 1982. Professionally, Scott, a forensic geologist, has worked as a Petrographer since 1985. In 1990, he founded American Petrographic Services and continues to serve as President. He has been the Principal Petrographer in more than 7,000 material forensic investigations throughout the world, including the evaluation of fire-damaged concrete from the Pentagon following the attacks of September 11, 2001. Scott is best known as the host of History channel’s hit show America Unearthed which follows him on his quest to uncover the truth behind controversial historic artifacts and sites found throughout North America, and beyond. He also co-hosted History’s Pirate Treasure of the Knights Templar about late 17th century pirate shipwrecks, Freemasons, and the Knights Templar.