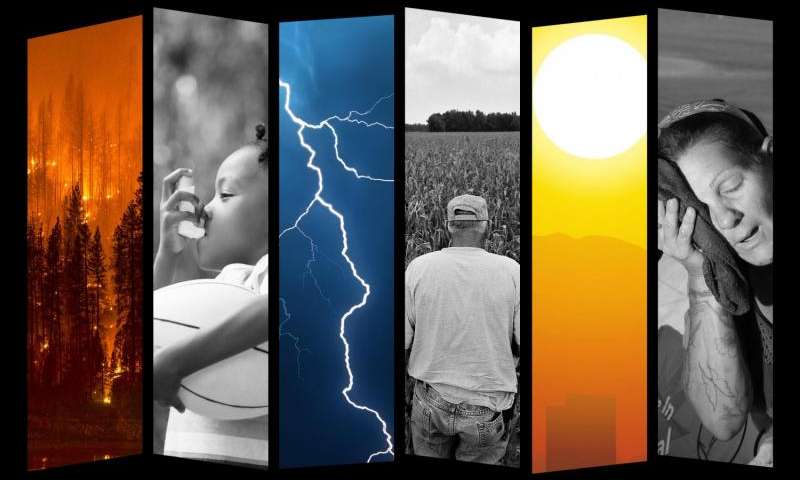 So the climate is getting warmer. Who cares?

Climate change has a PR problem in America. For decades, we called it ‘global warming,’ an innocuous-sounding phrase invoking a gentle increase in worldwide temperatures, like turning up the thermostat in a house.

“People asked, so the climate is getting warmer. Who cares?” said Michael B. McElroy, the Gilbert Butler Professor of Environmental Studies at Harvard University. “And scientists are partly to blame for that because of how we’ve described climate change.”

It’s been difficult to get Americans worried about a one degree increase in temperature over a 100-year period, especially when most of the images associated with global warming—crumbling ice sheets or a lonely polar bear padding across a melted landscape—feel so distant.

But climate change is here. Mitigating the effects of global warming—better described as irreversible changes to the climate structure—is about more than saving the planet in the longer term; it’s about saving human lives in the near term.

From severe storms and catastrophic flooding to record-breaking droughts and deadly wildfires, Americans are living with the consequences of a changing climate every day. Still, the majority of Americans did not believe climate change would harm them personally, according to a Yale University study. That connection—between climate change and human health—has been, in large part, missing from public conversations and political debate in America today.

Researchers at the Harvard John A. Paulson School of Engineering and Applied Sciences (SEAS) are exploring that connection between human health and a changing climate. Among their findings: In Pennsylvania, days with dangerously high surface ozone levels could increase by 100 percent in the coming decades, increasing the risk of asthma and other respiratory diseases in children. Wildfires in Washington could choke densely populated areas for days with thick, harmful smoke. Severe storms in Texas, Oklahoma, Nebraska, Iowa, the Dakotas and adjoining states could deplete protective ozone in the stratosphere, exposing humans, livestock and crops to harmful ultraviolet radiation.