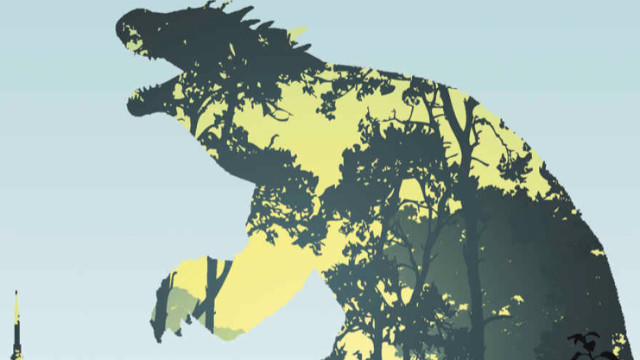 In 1954, a massive irradiated dinosaur emerged from Tokyo Bay and rained death and destruction on the Japanese capital. Sean Rhoads and Brook McCorkle will discuss a new interpretation of these monsters, or kaiju-u , and their respective movies. Analyzing Japanese history, society and film, as well as the environmental and ecological issues–from nuclear power and industrial pollution to biodiversity and climate change.

Originally from Pennsylvania, Sean Rhoads is the co-author of Japan’s Green Monsters, a book about environmental commentary in Japanese monster movies published by McFarland. He earned his B.A. and M.A. in East Asian studies and is currently completing a Ph.D. at Queen’s University in Kingston, Ontario. He enjoys cats, cider, cheese, and traveling.

Brooke McCorkle is an Assistant Professor of Music at Carleton College in Northfield, Minnesota. She specializes in opera of the nineteenth and twentieth centuries, film music, and the music of modern Japan. In 2018, she published a co-authored book with Sean Rhoads. In the book, Rhoads and McCorkle explore the many ways the genre known as kaijū, or giant monster, film portrayed and shaped contemporary Japanese attitudes regarding pollution, conservation, renewable energy, and biotechnology. Thanks to a Japan Foundation Grant, McCorkle will travel to Tokyo to spend the 2019/20 academic year at Waseda University completing her book Searching for Wagner in Japan.

She received her PhD from the University of Pennsylvania in 2015. In addition to her work on Wagner, McCorkle is collaborating on an edited collection of essays for Routledge Press titled Music in Star Trek: Sound, Utopia, and the Future. She is currently writing a book about food and the all-female Japanese punk trio Shōnen Knife as part of Bloomsbury Press’s 33 ⅓ Japan Series.